Fatty acids, found mainly in fats, are all needed for cells to function properly. Polyunsaturated fatty acids (PUFA) such as omega-3 and omega-6 are termed essential.

Omega-3 and -6 are polyunsaturated fatty acids essential for the body. The French ANSES agency defines them as “fatty acids strictly required for normal growth and physiological cell functions, but which cannot be synthesised by humans or animals or are not synthesised in sufficient amounts in relation to need. They therefore need to be obtained from food.”

Their precursors are linoleic acid (LA) for omega-6 fatty acids and alpha-linolenic acid (ALA) for omega-3 fatty acids. They are obtained solely from the diet, in particular vegetable oils such as rapeseed, walnut, camelina, borage and evening primrose oil. Omega-3 precursors can also be obtained directly from oily fish and/or supplements 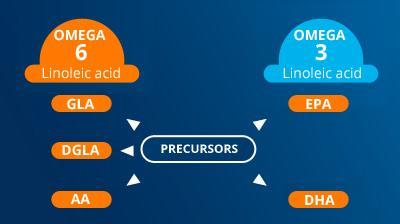 Studies1 have highlighted the role of omega-3 in brain plasticity and controlling neuroinflammation, thus reducing cognitive disturbances and preventing stress, anxiety and depression .

The body uses omega-6 to make fatty acids which keep the skin in good condition3 . A dietary deficiency in linoleic acid increases the permeability of the skin and alters its properties4 . This results in dry, inflexible, fragile skin.

The precursor of omega-9 is oleic acid. Monounsaturated fatty acids are well represented in the diet and are synthesised by the body.
However, almost 9 out of 10 French people are deficient in omega-9.
Gamma-linolenic acid or GLA and linoleic acid in the omega-6 family are the most widespread fatty acids in plants.

Omega-9 fatty acids have complementary beneficial effects to omega-3 and -6 on levels of “good” (HDL) cholesterol, on hypertension and insulin sensitivity. Omega-9 consumption also has a preventive effect against metabolic syndrome.

Saturated fatty acids consist in particular of lauric, myristic and palmitic acids which, if consumed in excess, increase the risk of cardiovascular disease. Saturated fatty acids are always solid at room temperature. They are found, for example, in pastries and homemade patisserie, charcuterie, cheese, butter and palm oil.

The close relationship between fatty acids and the immune defence system

The membranes which form the double-layered surface of our cells are composed of fats known as phospholipids. Each of these contains a saturated fatty acid and a polyunsaturated fatty acid (PUFA). The presence of PUFA confers flexibility and fluidity to the membranes, which gives our cells the ability to move through the body more easily. This means that when the body mobilises its white blood cells in response to an infection, these cells can move into position to surround the pathogen, such as a virus, and destroy it.
Depending on what the body needs, the membrane’s PUFA can transform into compounds that are particularly useful for the body. To combat infection, omega-6 fatty acids are capable of manufacturing an inflammatory substance that destroys viruses. As soon as the virus is destroyed, omega-3 fatty acids in the membrane produce an anti-inflammatory to negate the inflammation.

The total lipid intake overall amounts to 35 to 40% of total calorie intake.

The importance of the right omega-6/omega-3 balance

As omega-6 and -3 are essential fatty acids not synthesised by the body, unlike omega-9, it is important to ensure a daily dietary intake. Excess omega-6 impairs the optimal use of omega-3 by the body and can cause a predisposition to cardiovascular diseases, allergies and inflammatory disorders. 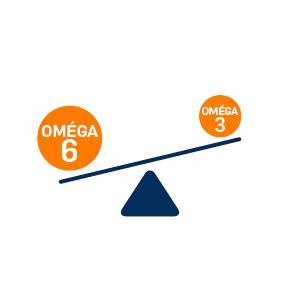 The adult population currently consumes 2 to 3 times too much omega-6. This is due to the fact that foods rich in omega-6 are favoured by the food industry.

Animal feed is equally important for restoring the correct balance because food rich in omega-6 based on sunflower, soya and maize, and therefore rich in omega-6, is then found in common consumer goods such as meat, eggs and milk. Plants rich in omega-3, such as rapeseed, alfalfa and flaxseeds, have recently been reintroduced into the feed of some farm animals to restore this balance. This applies to “Bleu-Blanc-Coeur” products, for example. 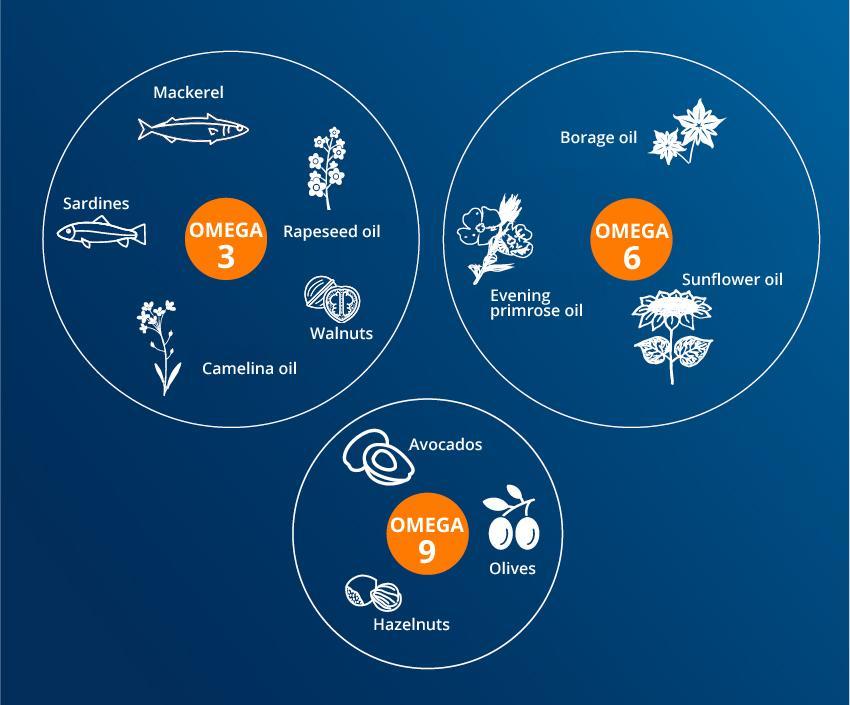 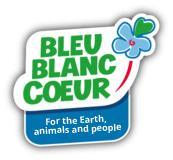