The PiLeJe Foundation: building health over the long term

The PiLeJe Foundation, created in 2005, sets out to promote sustainable health. With the firm belief that each person is responsible for taking charge of their own health, the Foundation undertakes to encourage and support initiatives that help to optimise quality of life and prevent illness.

It also seeks to contribute to making changes to the healthcare journey, laws, and practical measures. The PiLeJe Foundation is very much a hands-on organisation and runs its own initiatives including conferences, brochures and workshops (see www.fondation-pileje.com), but also funds projects run by other organisations which are working towards the same goals. The Foundation works closely with its partners, which include healthcare organisations, sports clubs, federations, local councils, schools and businesses, to achieve its objectives.

The Foundation is a registered charity in France and has operated under the umbrella of the Fondation de France since 2015, which provides it with a stronger adminstrative framework. This new framework has opened up the scope of its missions, which are based on five main aspects: 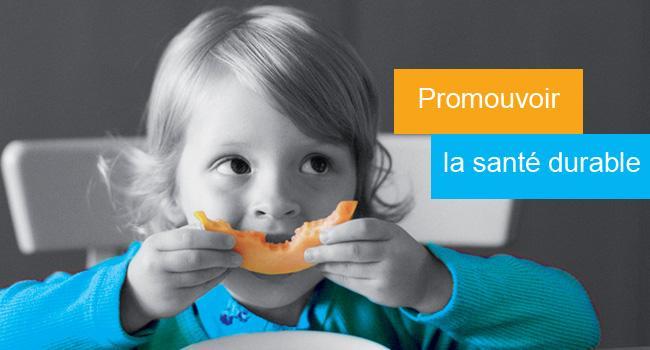 Educating as many people as possible about the importance of taking responsibility for their health is unarguably the leading aim of the Foundation, and is acheived by providing information and health education at talks held at town halls, schools and businesses.

Around one hundred of these talks are held across France every year to prompt dialogue and explain how things like exercise, diet and lifestyle can affect people’s health. Educating children about the importance of a healthy diet is another area that the Foundation focuses on closely. This is what give rise to the Nutrissimo Junior diet education programme which involves children, parents, teachers and activity leaders.

Ensuring that everybody has access to basic guidelines and good practices for diet, exercise, sleep and stress management is another of the PiLeJe Foundation’s key concerns. The Foundation runs workshops at workplaces and healthcare facilities (hospitals and healthcare centres) to show participants how they can change their lifestyle and enhance their well-being. Some of the topics covered include  using cardiac coherence to manage emotions, meditation techniques, and overcoming weight gain when giving up smoking.

The PiLeJe Foundation is always keen to take part in public debates about prevention to help incorporate new and approved methods, approaches and non-medicinal treatments into the healthcare journey. In this respect, the Foundation has held a prevention colloquium at the French Parliament for the last seven years, to present observations, outlooks and strategies on the subject.

Supporting research, training and innovation for individualised preventive health measures is one of the important missions that the PiLeJe Foundation has undertaken. By conducting scientific research on the physiology of the human body and its dysfunctions - the most recent study was based on cardiac coherence and hypertension - the Foundation strives to enhance the health of the whole population.

Taking action to improve health and promote well-being among the most vulnerable populations is the last, but certainly not the least, of the PiLeJe Foundation’s roles. As an example, teenagers with food-related behavioural disorders such as anorexia or bulimia are one of the latest populations to benefit from funding awarded by the Foundation to specialist organisations.