Urinary tract infection (UTI) is the most common female urogenital infection.  It is estimated that 1 in 2 women will have at least one UTI at some point in her life Recurrence is common, with 20 % of women who have a first urine infection going on to have a second1. This article provides information about this infection and the various ways to treat it.

A urinary tract infection or cystitis occurs when the urethra (the tube through which urine passes after leaving the bladder) and the bladder are colonised by specific bacteria from the gut: enterobacteria. These infections can be caused by three types of enterobacteria: Escherichia coli or colibacteria, Proteus and Klebsiella. In 75 to 90% of cases, Escherichia coli is the causative pathogen. The pathogen attaches to the wall of the bladder and, once in place, can multiply. This then causes inflammation: cystitis.

These enterobacteria arrive in the vagina by migrating through the hydrolipidic film between the anus and the entrance to the vagina. Normally, the presence of protective lactobacilli in the vagina prevents an infection from establishing; however, when this natural protection is weakened, e.g. in the event of dysbiosis, the environment becomes favourable to their development.

A urinary tract infection is expressed as a burning feeling when urinating, frequent and painful urges to urinate and cloudy or foul-smelling urine. These highly characteristic symptoms may be sufficient to establish a diagnosis. To identify the causative bacteria accurately, a cytobacteriological urine analysis is carried out in an analysis laboratory.

Postmenopausal women are more likely to get a UTI

During menopause, women go through a number of physiological transformations which make them more vulnerable to urinary tract infections. Decreasing oestrogen levels weaken the wall of the bladder and the urethra, leading to a loss of muscle tone. This facilitates the colonisation of bacteria up the urethra and into the bladder. Leaking of urine, bladder pain or a UTI may then develop.

To preserve this balance, it is important to adopt the correct routines in terms of intimate hygiene: 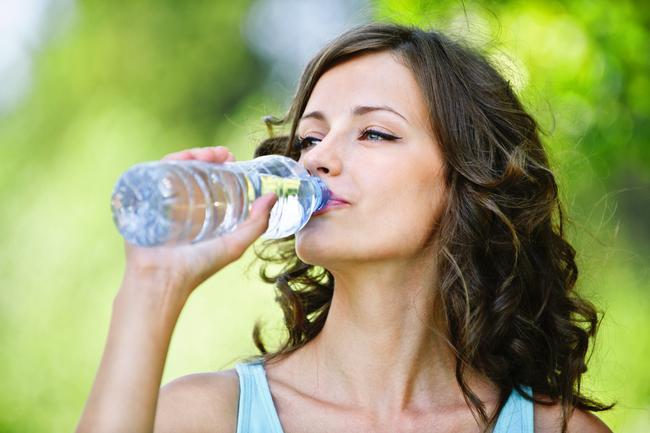 Other risk factors may make cystitis more likely, such as stress, smoking or the menopause.

The benefits of probiotics in preventing recurring UTIs

The management of cystitis is based primarily on taking antibiotics. After a few days, most women no longer have any symptoms. However, recurrence is frequent. Anyone who has cystitis more than four times a year is said to have recurrent cystitis.

If cystitis recurs, a medical consultation may be conducted to check that the problem is indeed a UTI and not a problem with the kidneys, bladder, ureter or urethra.

In cases of repeated UTIs, taking successive courses of antibiotics can severely weaken the vaginal flora and contribute to the relapses. The balance of the vaginal microbiota does, however, play an important role in limiting the spread of pathogenic bacteria through the urinary tract.

Numerous studies2 have revealed the beneficial effect of probiotics in the prevention of cystitis. The probiotic strain Lactobacillus helveticus in particular has a strong ability to inhibit the adhesion of the main urogenital pathogens3.

Some plants, due to their anti-adhesive, antibacterial, anti-inflammatory or diuretic properties, can help to limit UTIs. Cranberry, Java tea and hawkweed are particularly recommended for cases of cystitis.

Whereas hawkweed, thanks to its antiseptic properties, appears to prevent the proliferation of bacteria4, cranberry, and more precisely the A-type proanthocyanidins (PACs) that it contains, and Java tea, appear to inhibit the binding of bacteria to surfaces. 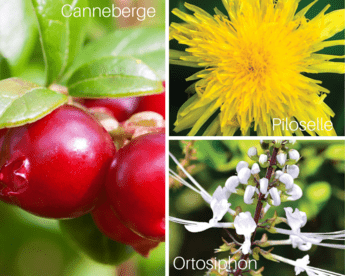 By blocking in this way the interactions between bacteria and cells, cranberry and Java tea could limit infection.

Plants limit the adhesion of the pathogens, whereas probiotics, used over the long-term, act directly on the balance of the vaginal flora. The combined action of these products together with good intimate hygiene might prevent recurrent cystitis.