The key roles of micronutrients

There is no doubting the impact that the quantity and quality of an individual’s diet will have on his or her health. This has been known since ancient times.

Hippocrates wrote: “Let food be thy medicine and medicine thy food”

The food we eat consists of “fuels”- i.e. nutrients (also called macronutrients), which provide the cells with energy (sugars or “carbohydrates”, fats or “lipids” and proteins) – and micronutrients.

Micronutrients are present in small quantities and do not provide any energy.
The best-known micronutrients are vitamins, minerals and trace elements. However, in the last thirty years others have been discovered which are just as essential. 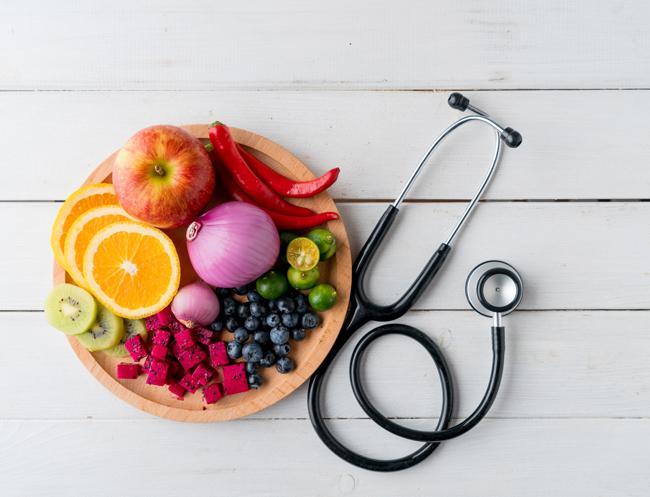 The term “vitamins” describes a large family of compounds which are either fat-soluble (vitamins A, D, E and K) or water-soluble (B vitamins and vitamin C).
They are essential for numerous chemical and enzymatic reactions which take place in the body. For example, vitamin A is essential for healthy mucous membranes, skin and eyes. B vitamins are involved in the production of energy and in the functioning of the nervous system.

Trace elements (chromium, iron, iodine, copper, zinc...) are present in very small quantities in the body.
The difference between a trace element and a mineral (primarily sodium, potassium, magnesium, calcium, phosphorus and sulphur) is that minerals are present in larger quantities.
All are responsible for numerous vital functions. 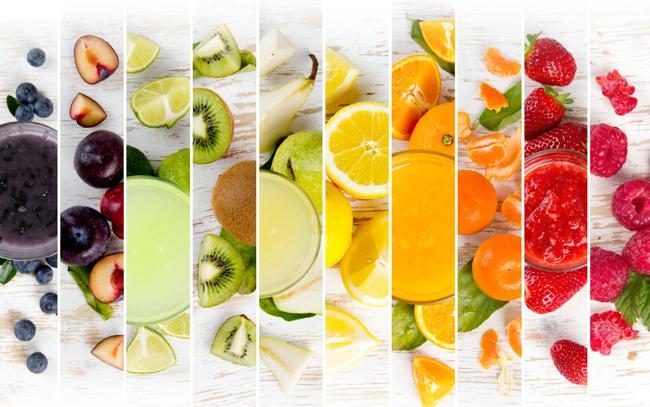 These compounds give fruit and vegetables their colour and have anti-oxidant properties.
Countless studies have shown that a diet rich in fruit and vegetables reduces the risk of cancer and cardiovascular disease (primarily by preventing the formation of atheromatous plaques).
By combatting free radicals and inflammation, polyphenols, flavonoids and carotenoids protect the cells from premature ageing. In terms of Micronutrition, they are tasked with “cell protection”.

The body continually produces free radicals, which can be thought of as a particularly aggressive waste product, and which, in very large amounts, cause chain reactions which damage tissues and the organs, and can even modify certain genes. This is known as “oxidative stress”.
Free radicals are also involved in the development of diseases such as cancer, diabetes, cataracts, Alzheimer’s disease, allergies, cardiovascular disease, etc.

The body’s first line of defence against these oxidative compounds is provided by enzymes, which, to operate optimally, require cofactors, some of which are micronutrients: copper, zinc, manganese, selenium, iron.
A second line of defence is provided by anti-oxidants obtained from the diet. And these anti-oxidants are also micronutrients: polyphenols (curcumin, resveratrol, quercetin...), carotenoids, vitamins C and E, coenzyme Q10...

Two of the many polyunsaturated fatty acids are said to be “essential” because they must be obtained from the diet, since the body is unable to synthesis them. They are alpha-linoleic acid, the source compound for the synthesis of omega-3 fatty acid, and linoleic acid, from which omega-6 fatty acid is produced.
Omega-6 is found in large quantities in some vegetable oils (sunflower, maize, etc.). Omega-3 is found in rapeseed and linseed oil, as well as in oily fish. Olive oil is rich in omega-9 fatty acid which also play a beneficial role within the body.

These fatty acids ensure that the cell membranes are fluid and flexible and are essential for neurons, which are mainly made of lipids.
They play an important role in the correct functioning of many systems, and notably the nervous, cardiovascular and immune defence systems. However, to achieve this, the body requires a balanced intake. Unfortunately our modern diets fail in this respect; particularly because they provide far too much omega-6 and not enough omega-3.
An imbalance such as this can favour the development of inflammatory conditions such as diabetes, cardiovascular disease and allergies. This is because omega-3 fatty acid, which tends to be present in small amounts in our diet, has anti-inflammatory and platelet antiaggregant (antiplatelet) effects which counter the action of omega-6 fatty acid.

The body’s obtains amino acids via the fragmentation of long chains of proteins (sources of which are meat, fish, eggs and dairy produce, or even legumes).
Some amino acids, called “essential” amino acids because they must be obtained from the food we eat, play an important role in Micronutrition: this is the case for tyrosine and tryptophan which are both precursors of certain brain neurotransmitters. Neurotransmitters are chemicals which control nerve impulses and thus the optimal functioning of the brain.

next page : Micronutritional deficiencies and their consequences