Cypress, an ally in the fight against winter-season infections | PiLeJe Micronutrition EN Skip to main content
Return to the Phytotherapy theme

Cypress, an ally in the fight against winter-season infections

A large proportion of the ENT and chest infections encountered in general practice are caused by a virus. One interesting way to prevent or treat this type of infection is to use certain plants; an example of which is cypress which exhibits antiviral activity. This property was demonstrated in a study which investigated the virucidal activity of a cypress extract on four respiratory viruses.

Viruses which cause ENT and chest infections

Four types of virus are responsible for ENT and chest  infections in adults1:

Latin name: Cupressus sempervirens L.
Cypress is a confer which is a native to eastern Europe and western Asia. In phytotherapy, the parts used are the cypress nuts, also known as cones. In ancient Greece, cypress was primarily used to soothe haemorrhoids. Today, cypress is known for its antiviral properties and for its protective activity on connective tissue (notably used in cases of venous insufficiency).

A study published2 in the scientific literature evaluated the virucidal activity – i.e. its ability to kill a virus - of a hydroethanolic extract of cypress nuts, in this case called cypress extract.

What is a hydroethanolic extract?
The term “hydroethanolic“ means that to obtain this extract, a mixture of water and alcohol is used as the solvent to extract the active ingredients from the plant.

The virucidal activity of the cypress extract was evaluated under in vitro conditions — which means that the experiment was performed outside a living organism, in a laboratory setting in a test tube or Petri dishi — on four human respiratory viruses:

The effects of a plant extract had never previously been tested on some of these viruses. 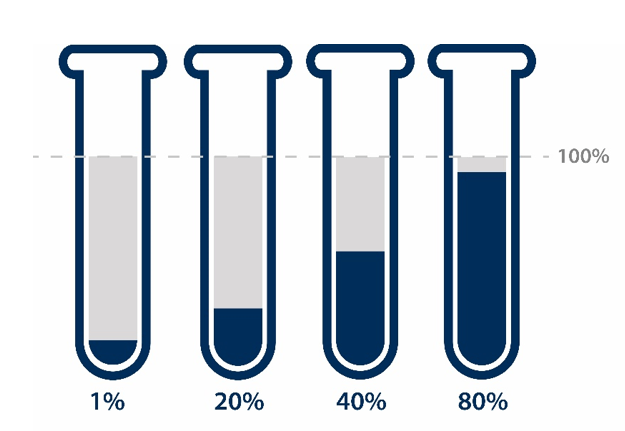